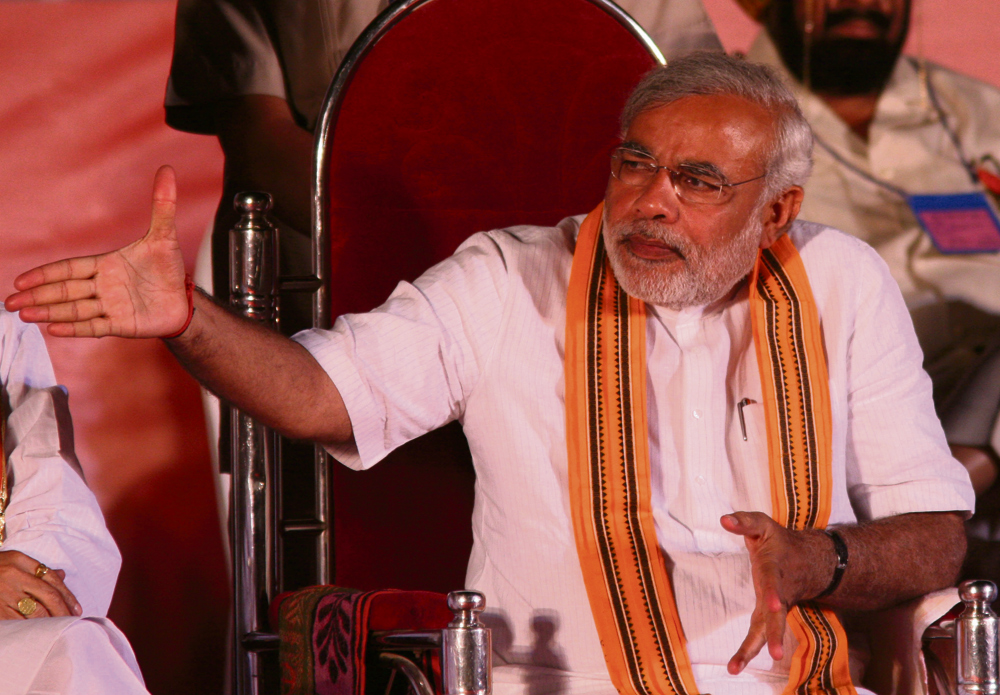 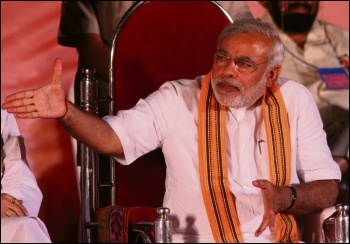 Until 2012, Modi was not allowed to enter the UK due to his alleged involvement with massacring Muslims in the Indian state of Gujarat. His Bharatiya Janata Party (BJP) is built on racist, sexist Hindu nationalism, including atrocities against oppressed castes.

Since his election last May, he has presided over budget cuts affecting millions of Indian workers and poor. The BJP is an aggressively neoliberal, pro-big business party.

Sikhs, Muslims, Christians, members of the oppressed Dalit castes, socialists and others have organised protests against his visit.

Hundreds attended a demonstration organised by Kashmir rights activists on 8 November outside the Indian high commission (embassy). There will be another protest outside 10 Downing Street on 12 November, the day Modi is due to arrive.

Lunch with the queen and a meeting with David Cameron are on his schedule. This is outrageous.

Britain’s monarchy and government may welcome right-wing Hindu nationalism. But the ordinary people of Britain and India can only suffer from divisive, anti-worker politics.

We urge all to attend the protest on 12 November. Welcoming alleged war criminals is not something new for the Tories. But let’s unite to say this is not happening in our name.