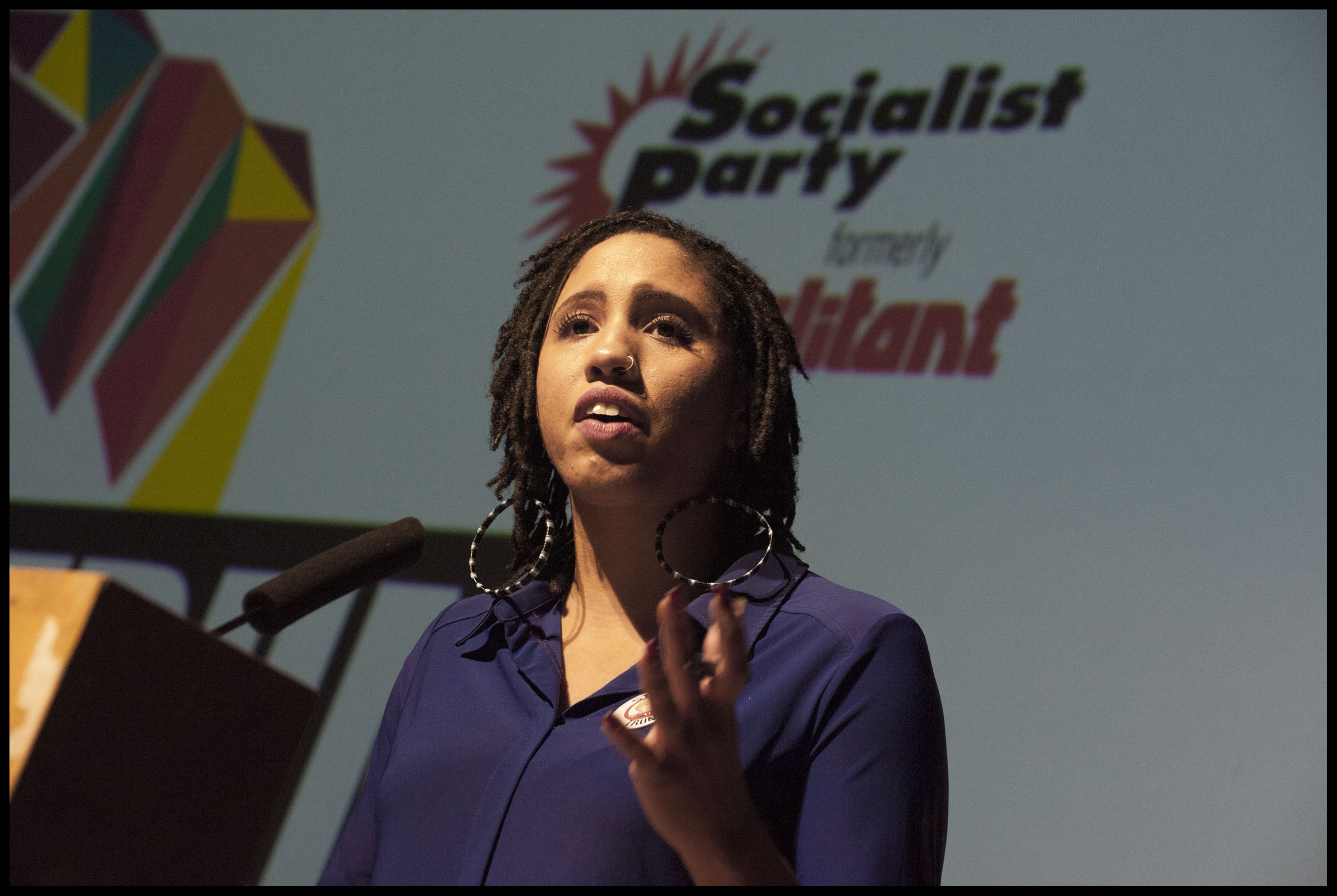 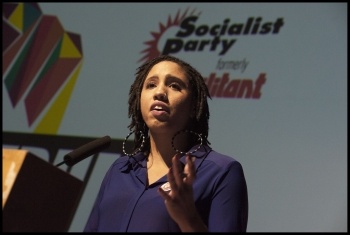 “Within hours of Donald Trump winning the US election we were able to get 40,000 people on the streets and put socialist ideas out there, at the time when we had the biggest audience”, said Darletta Scruggs when talking to over 60 people, mostly from the local black community, who squeezed into a public Socialist Party meeting in Hackney, east London. Darletta is a member of Socialist Alternative, the Socialist Party’s co-thinkers in the US and a Black Lives Matter activist in Chicago.

The meeting followed others the day before in Lewisham, south London, where over 40, mainly young, attended, and a meeting of students at the University of Arts. In Birmingham, Darletta spoke to a packed-out, energetic public meeting of over 60.

Some residents of Marshall Street were calling for the council to buy up empty houses and make them available to white families only. Malcolm X said he was visited because he was “disturbed by reports that coloured people in Smethwick are being treated badly”.