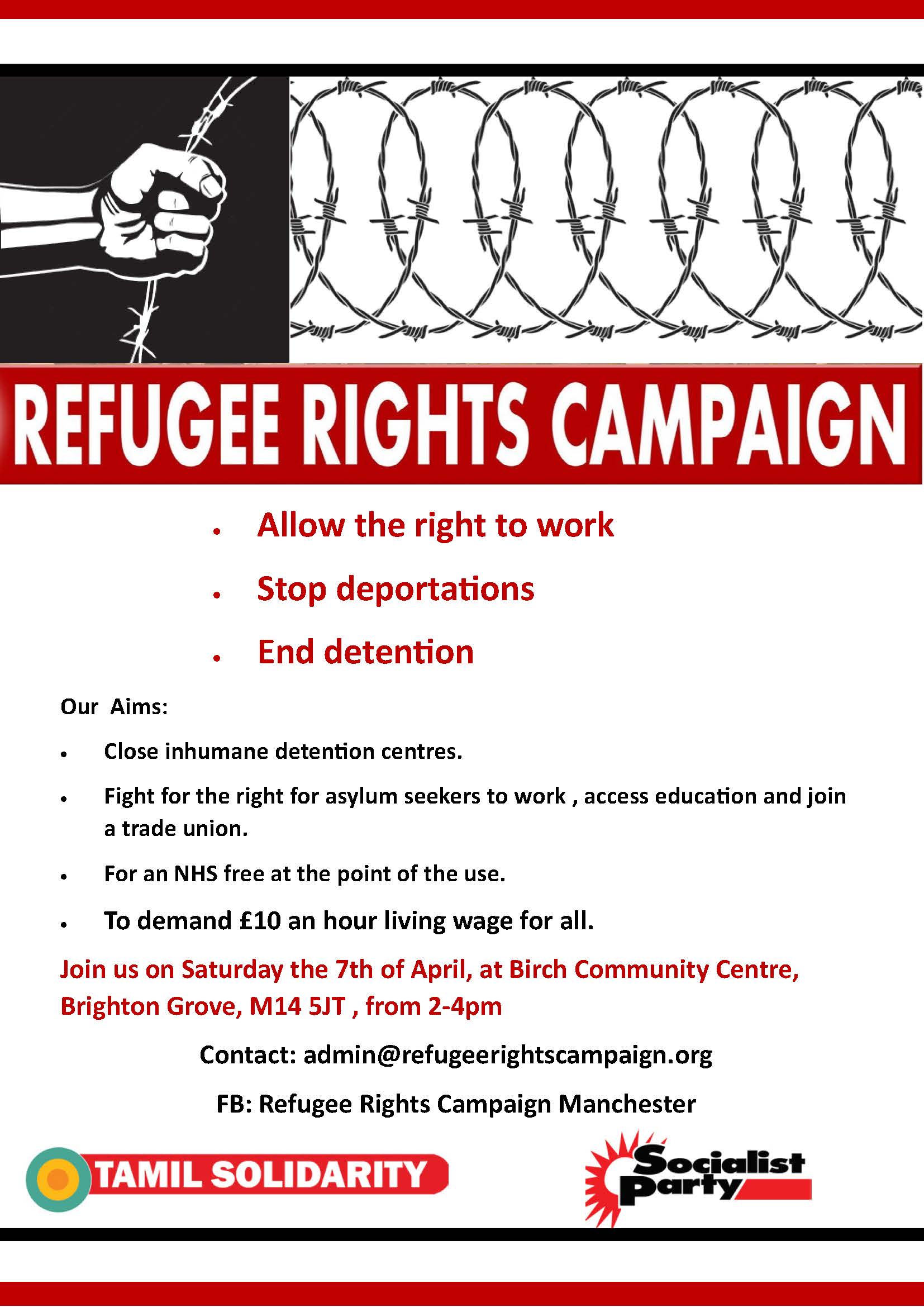 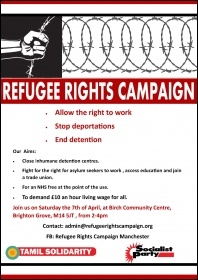 The fight for refugee rights has always been relevant but it has been particularly acute since the start of the latest refugee crisis in 2015, caused by the failure of successive European governments to take any responsibility for those fleeing war and devastation.

Extremely vulnerable members of our society are being denied their rights as a result of Theresa May’s active creation of a ‘hostile environment’ for refugees and migrants.

The Refugee Rights campaign is different to others because of our focus on the trade union movement. This is so important for cutting across far-right anti-immigrant sentiment.

We have been in contact with several refugee organisations and trade union branches and have already received some enthusiastic support for the campaign. Please get in touch if you are in Manchester and would like to get involved!