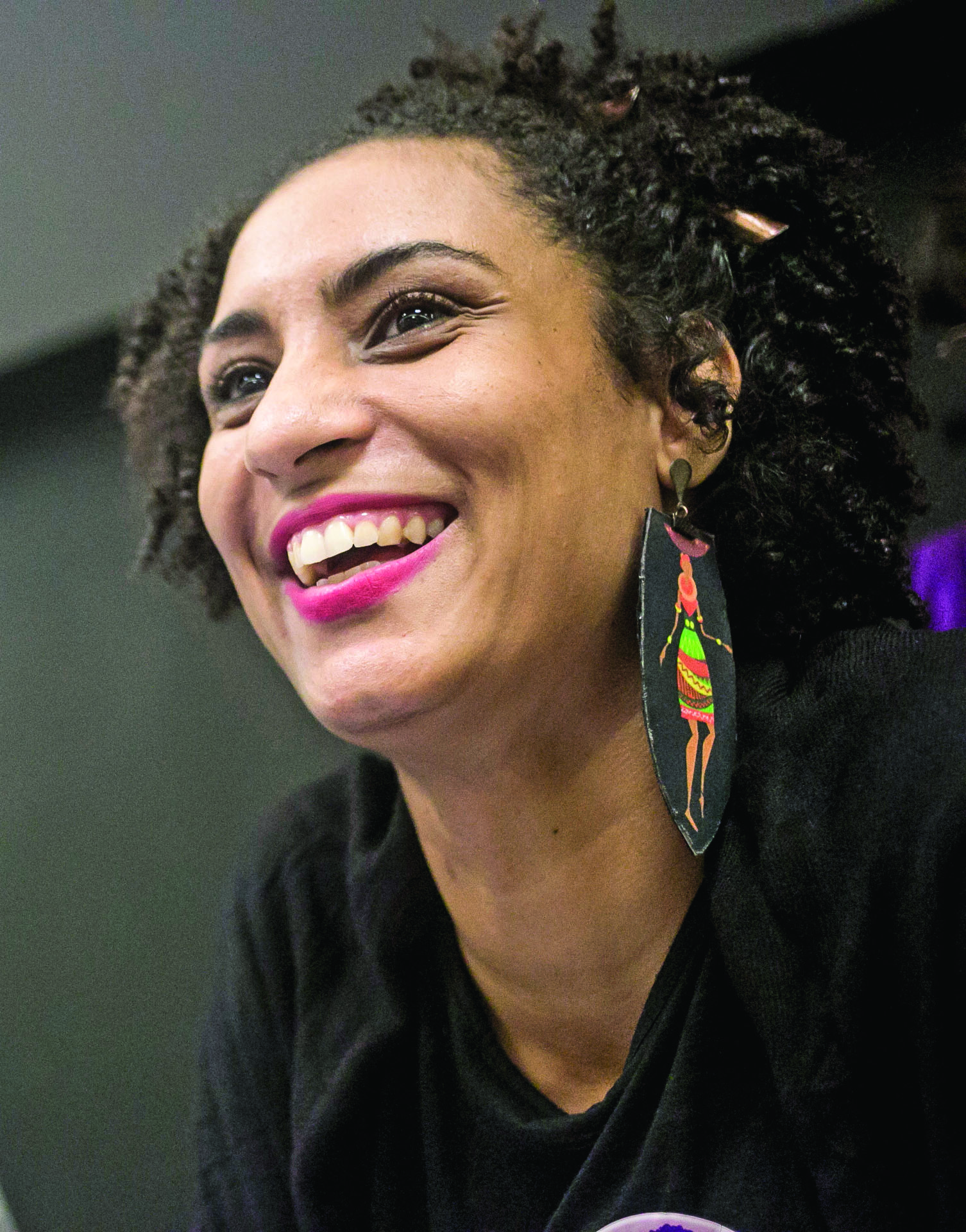 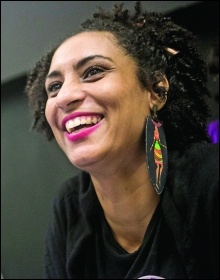 Statement by LSR (Liberty, Socialism and Revolution – CWI in Brazil)

On 14 March, Marielle Franco, a veteran member of Psol (Socialism and Liberty Party – a broad left formation which LSR help found and actively participates in) in Rio de Janeiro, was barbarically executed in the city centre. Anderson Pedro Gomes, the driver of her car, also died in the attack.

Police investigation identified nine bullet holes in the back window of the car, showing that the murderers targeted Marielle, and knew where in the car she was sitting despite the blacked-out windows.

A black, lesbian mother, Marielle lived in the Favela of Mare, in Rio, where she worked in defence of black women and human rights.

She was a long-time militant activist for just causes in the interests of the city’s poor.

A popular councillor, she was a leading voice in the struggle against systemic barbaric police violence in the favelas of Rio against poor and black people.

In Brazil, a young black person is murdered every 21 minutes. Of every 100 people assassinated in Brazil, 71 are black.

In the beginning of February, the corrupt government of billionaire president Michel Temer decreed a federal intervention in the state of Rio de Janeiro in questions relating to public security.

He put an army general in charge of security and promoted military intervention into the favelas and communities.

Marielle Franco was a central leader of opposition to this intervention. Two weeks before her murder, she was appointed head of the commission set up by the council to oversee the intervention.

Three days before her murder Marielle denounced the arbitrary and abusive actions of military police in the Acari favela, where residents were killed by the 41st battalion of the military police, known as the “battalion of death”.

The corruption, violence and racism of the Rio military police and their links to death squads are obvious.

There can be no doubt that the murder of Marielle is related to her struggle against this situation.

In recent years, mainly after the parliamentary coup which brought Michel Temer to power, Brazil has seen a qualitative increase in state and extra-institutional repression against social movements.

This repression and criminalisation of movements and leaders can use new institutional measures brought in by the PT (Workers’ Party) in government, mainly during the World Cup and Olympics.

We have seen activists and leaders systematically threatened, attacked and killed.

Paolo was leading a struggle against the Norwegian mining company, Hydro, which wanted to build a basin in this region with a dramatic impact on the environment and lives of the local population.

As a consequence of the crisis and the attacks on the workers and poor, there has been resistance, despite not yet having the necessary coordination and strategy to bring victory.

It is fundamental that we unite the struggles in defence of our lives and our rights. It is crucial to build a left, socialist alternative for the working class and all oppressed and exploited people.