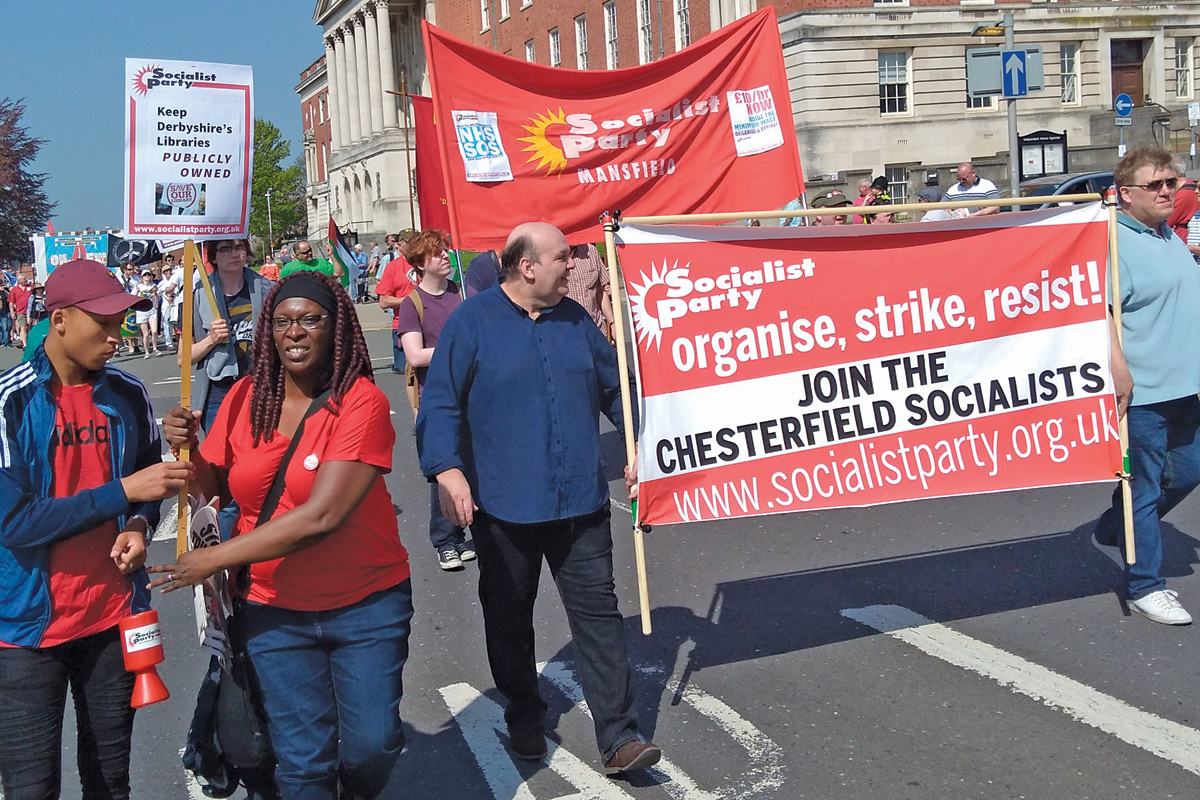 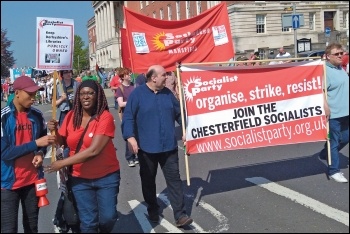 Socialist Party members on the Chesterfield May Day march, 7.5.18, photo by Tessa Warrington   (Click to enlarge: opens in new window)

Glorious bank holiday weather brought a high turnout to the 40th Chesterfield May Day march and rally, where Unite’s Len McCluskey and the National Education Union’s Kevin Courtney delivered strong messages that the labour movement must fight back against austerity and a weak Tory government.

Len’s warm mentions of the town’s former MP, the late Tony Benn, and Dennis Skinner, himself in attendance, were in stark contrast to his justified attack on former North East Derbyshire MP, Natascha Engel, whose pro-fracking stance lost Labour a safe seat to the Tories at the last election. Labour had held the seat for 80 years. Engel has since become a consultant to Ineos, the company seeking to develop fracking in the area! The founder and boss of Ineos, multi-billionaire Jim Ratcliffe, has been declared Britain’s richest man in the Sunday Times Rich List.

Many demonstrators were carrying Unison and Socialist Party placards calling for Derbyshire’s threatened library services to remain in public hands.