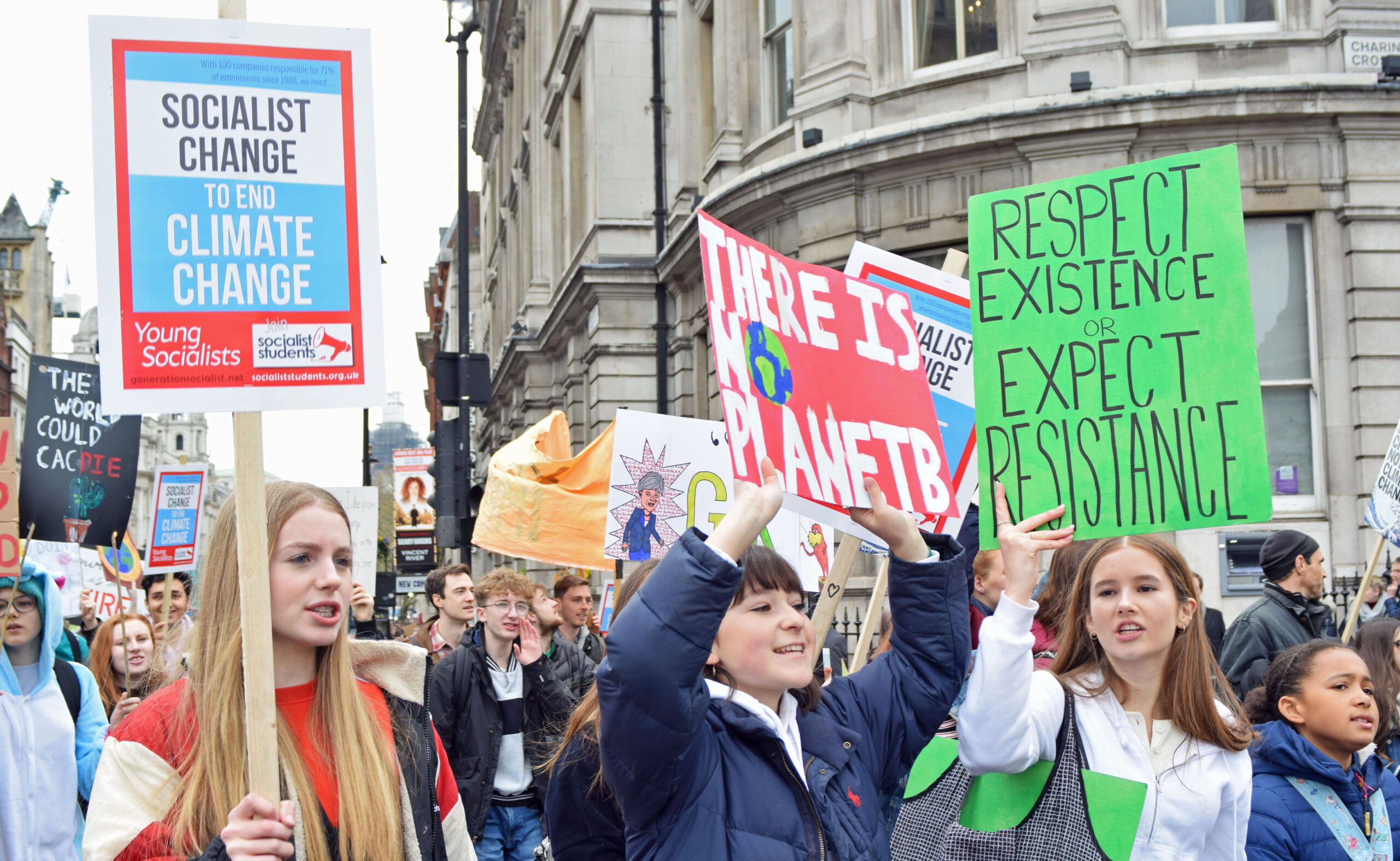 Profound anger at the capitalist politicians fiddling while the planet burns is also fuelled by the miserable existence that capitalism is offering working-class young people. Schools are turned into exam factories, with relentless pressure on students to achieve and – all too often – those that aren’t expected to make the grade excluded in order to make the school’s figures look good.

Even for those who successfully jump through all the hoops, and graduate from university, the reward at the end is often a lifetime of debt, low-paid precarious work and overpriced, insecure housing. For those who don’t go to university, work is often even lower-paid and more precarious. Wages for 18 to 21 year-olds fell 16% in real terms from 2008 to 2016.

The services that, to some extent, existed to assist young people in the past have been destroyed by Tory austerity. Education Maintenance Allowance – a grant which provided up to £30 a week to 16 to 19 year-olds to help them stay in education – was abolished.

No wonder young people are angry and determined to demand a future – for the planet and for themselves. Socialists will be taking part in the 15 March protests calling for ‘socialist change not climate change’.

In the 2017 snap general election, young people, inspired by Jeremy Corbyn’s anti-austerity manifesto, overwhelmingly voted Labour. If only the votes of under-25 year-olds had been counted not a single Tory would have been elected!

Labour’s 2017 election manifesto included important measures that, if implemented, would have improved the future of young people. These included a £10-an-hour minimum wage, mass council house building, and the abolition of tuition fees. To really give young people a decent future and, crucially, to take effective action against climate change would, however, require more thoroughgoing socialist measures. 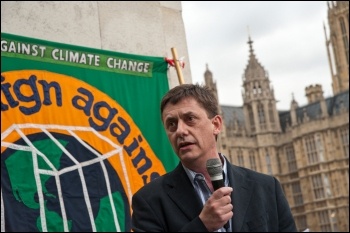 Chris Baugh, assistant general secretary of the civil servants’ union PCS, speaking at a recent climate protest. Trade unions have a central role to play in the fight to save the planet and achieve socialist change, photo Socialist Party   (Click to enlarge: opens in new window)

There is no prospect of the major banks and corporations that dominate the economy, in Britain and globally, accepting a $900 billion hit to their profits in order to take the action needed. On the contrary, their urge to maximise their own companies’ profits leads to them bending and breaking even the very limited regulations that exist, often with the connivance of the pro-capitalist governments that have introduced those regulations.

Look at the VW scandal in 2015. The world’s second biggest vehicle manufacturer had systematically rigged its diesel emissions data. The EU took no action, pressured by governments to back their ‘own’ automotive industry. No matter that thousands of people die directly as a result of this pollution. Look at the way the Tories in Britain have encouraged fracking, despite the threat to the environment and our drinking water, in pursuit of quick profits.

This is one small example of what would be possible on the basis of democratic socialism. If a Corbyn-led government was to nationalise the 120 major corporations and banks that dominate the economy – backed by the active mass support of the working-class majority – it would be possible to harness the enormous wealth, science and technique that exists in Britain. This could then be used not for the profits of a few, but in order to meet the needs of all – and to begin an effective struggle to save the planet.

Of course, while an important beginning could be made in one country, to really tackle the danger of environmental catastrophe requires global action. However, a break with capitalism in one country leading to a serious plan to save the planet and meet peoples’ needs, would create huge enthusiasm among working-class and young people globally.