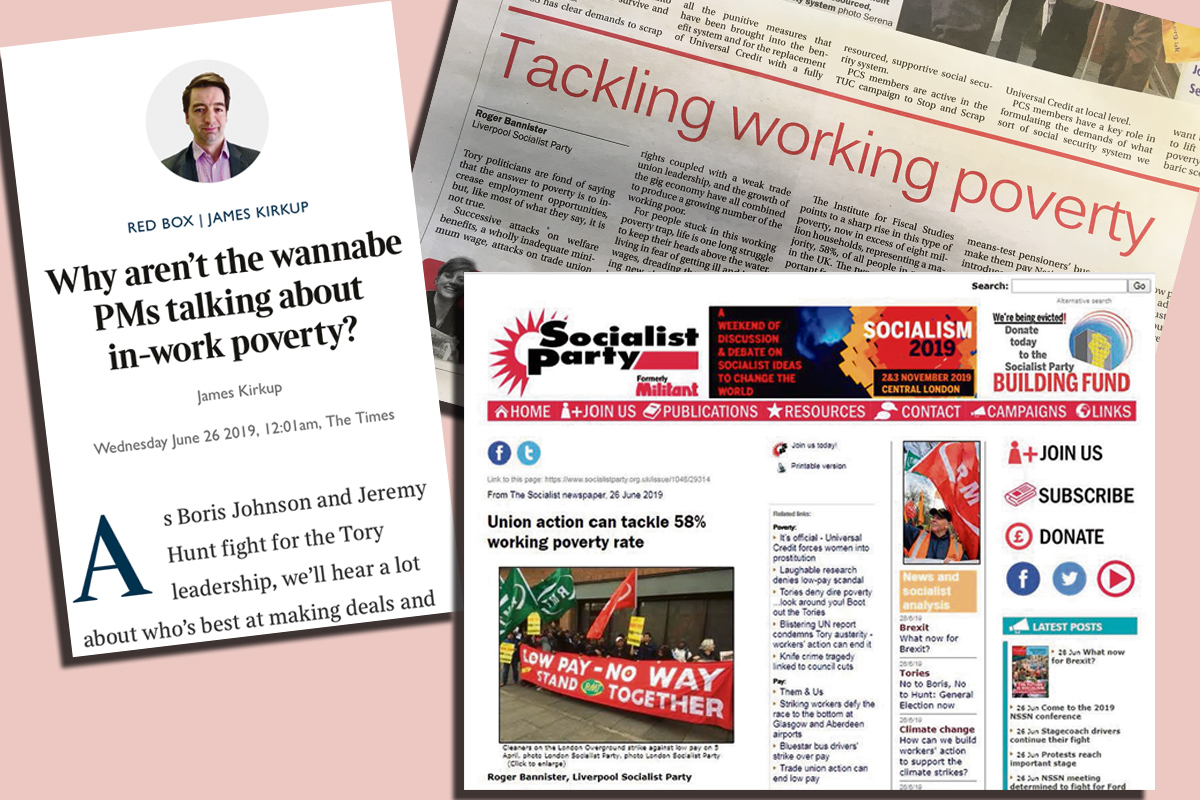 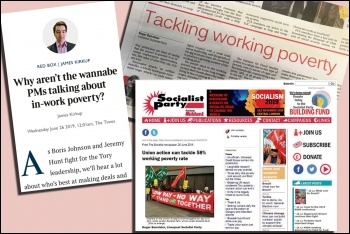 Tory leadership hopefuls may not address working poverty, but the Socialist does   (Click to enlarge: opens in new window)

Times journalist James Kirkup asked this: “Why aren’t the wannabe PMs talking about in work poverty?” on 26 June. The Tories aren’t, but the Socialist is.

We carried an article on the same day ‘Union action can tackle 58% working poverty rate’.

Liverpool Socialist Party member Roger Bannister said: “The Institute for Fiscal Studies points to a sharp rise in [working] poverty, now in excess of eight million households, representing a majority, 58%, of all people in poverty in the UK.

“Two of the most important factors behind this situation are higher housing costs and lower earnings growth.

“The labour movement must tackle increasing working poverty head on, with the trade unions campaigning to recruit poorer workers, to lead campaigns including industrial action, to take them out of low pay.

“The human misery of poverty is a product of capitalism, which clearly exists to satisfy human greed via massive profits, rather than to meet human need.”