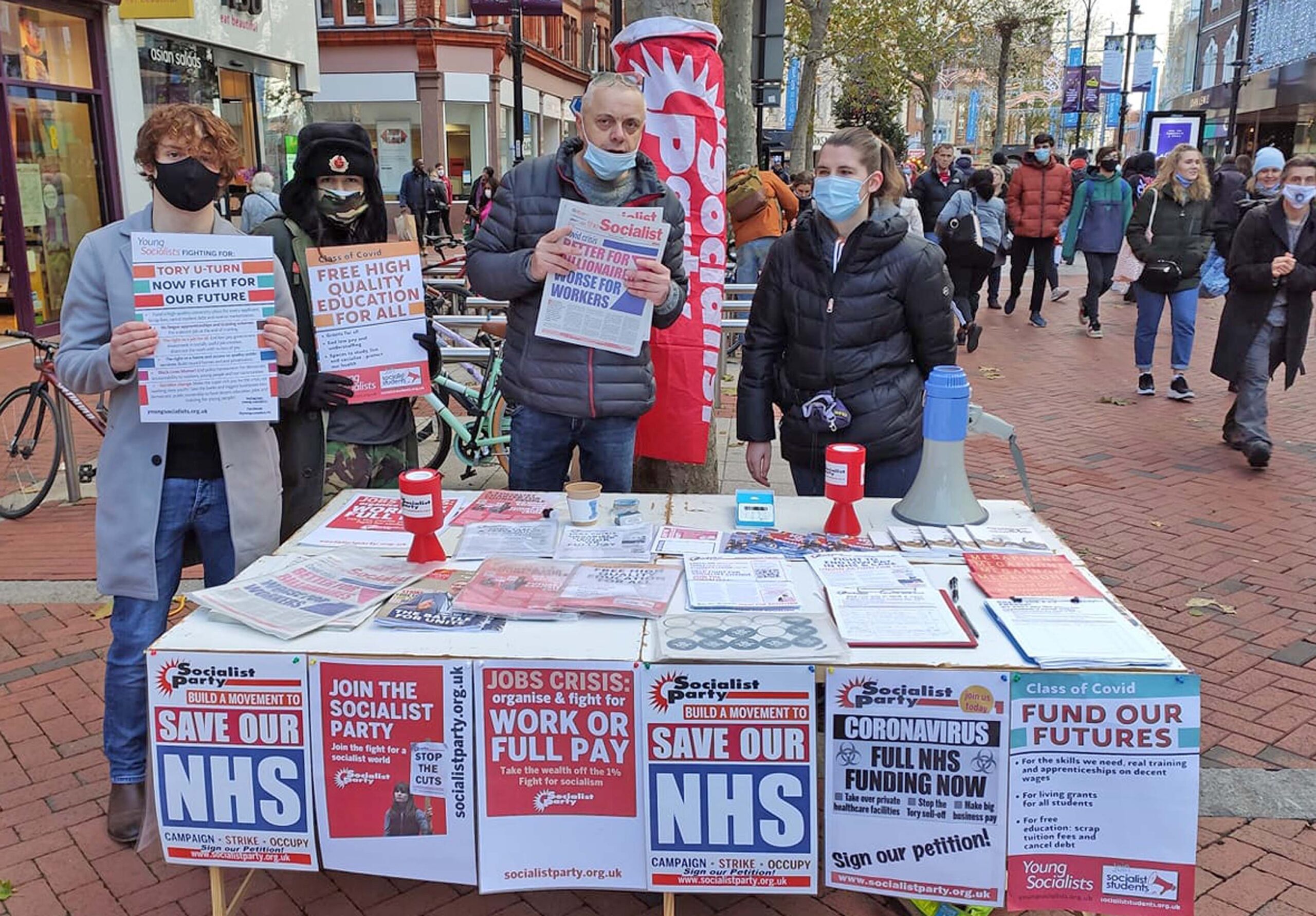 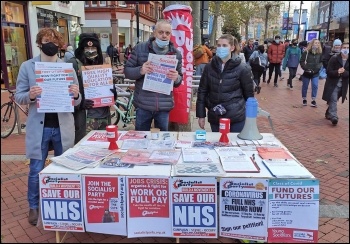 Before I started educating myself, I’m sorry to say that, in part, I fell for the media coverage of ‘scrounging benefit cheats’. Documentary footage of someone saying they couldn’t afford to buy food, before showing their large expensive-looking TV and other gadgets, did wind me up, as someone who has a disability and has had to rely on charity to fill in the gaps in state provision.

Perhaps there will always be a few people who are able to play a system to get a bit of a leg up, but that’s nothing compared to what the entire system of capitalism is doing!

When I started realising this I first joined the Green Party. But I recently concluded their policies didn’t seem to go far enough.

The Socialist Party’s non-sectarian approach and policies certainly seem like the best way forward to me. I decided to join, and since then I’ve done so much more than just pay my subs and read generic emails.

I’ve been encouraged to ask questions and talk about anything I’m uncomfortable with, which has helped me get a different perspective on many of the common reasons people give for being against socialism.

I’m also playing an active role within my local branch, and even felt confident enough to speak at some of the Socialism2020 discussions.