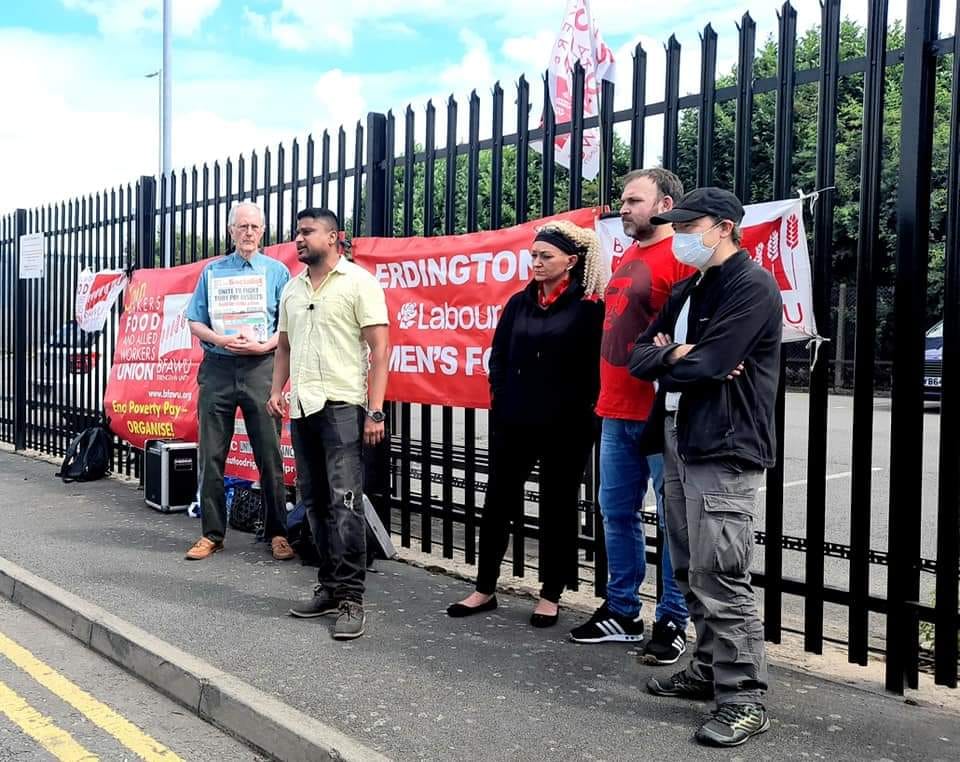 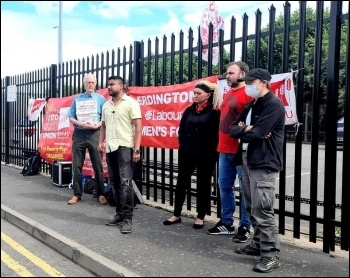 Leicester is in danger of being named the sweatshop capital of the UK. BooHoo hit the headlines last year for using Leicester suppliers that paid their workers around £4 an hour, way below the current £8.91 minimum wage.

On 5 August, the BFAWU union exposed another company for extreme exploitation of its workforce. Food Attraction Ltd, it is alleged, has a bullying culture where workers are given contracts for only four hours’ work a day, but often forced to work 60 hours a week without overtime pay. They worked throughout the pandemic, classed as key workers, but received only minimum statutory sick pay. One worker was sacked by email because he spoke out against the conditions.

The factory is on an industrial estate, only a stone’s throw away from SPS Technologies whose workers struck earlier this year against ‘fire and rehire’. The BFAWU has members inside the factory but the company is refusing to recognise the union. But they do seem rattled. When protesters arrived at the factory, company signs had been taken down and there were hardly any workers inside the factory.

There was no sign of the company directors’ cars inside the car park. The BFAWU intends to protest outside companies that are supplied by Food Attraction. These include Sainsbury’s, Coop and UK airports with Virgin Atlantic flights to India.

We brought solidarity messages from the Socialist Party and the National Shop Stewards Network.