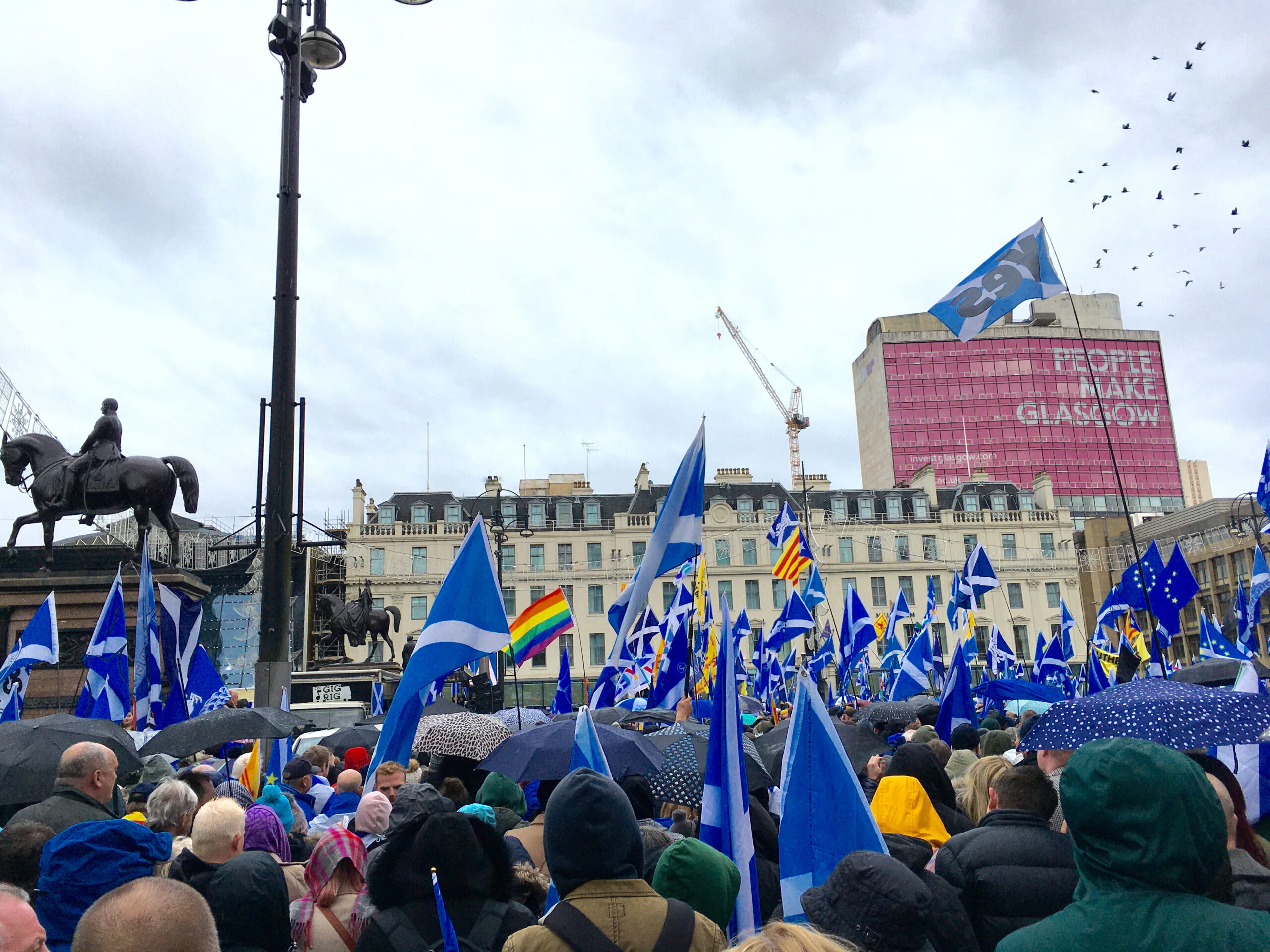 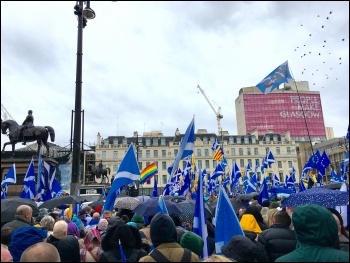 The ruling Scottish National Party (SNP) and Scottish Greens have agreed to form a de-facto coalition at Holyrood (the Scottish parliament).

For the first time since the parliament was established in 1999, the Greens will now be part of the ruling administration with two junior ministerial posts. It is also the first time the Greens have been part of a government in any of the four parliaments across the UK.

Currently one short of a majority, this deal will make it easier for the SNP to get their annual budgets passed with the support of the eight Green MSPs. It also ensures a majority government in favour of a second independence referendum.

While common ground has been found on most of the SNP’s programme for government, in essence the Greens still have the right to oppose parts of government policy.

The programme that both parties have signed up to contains some positive proposals – on rent control and more power for tenants for example. However, the proposed rent controls would only be introduced at the end of 2025 – a very long time to wait for tenants paying shockingly high rents.

Among a layer of young people there will be illusions that this SNP-Green government will deliver progressive policies. However, close examination of the agreement and, more importantly, the record of the SNP and the Greens in power point to a government that will continue with pro-capitalist, anti-working class policies.

The claim that this new government will carry out the “economic transformation” of Scotland, while maintaining the profit-based system of capitalism, is hollow in the extreme.

Rightly, Green MSPs have come out to criticise Nicola Sturgeon and her party for failing to oppose oil exploration off the coast of Shetland. However, the defence of North Sea oil companies has been part of the SNP’s DNA since the days of the ‘It’s Scotland’s Oil’ campaign.

In addition, the SNP has just announced it plans to cut 300 train services from next year – 10% of the pre-Covid total. The Scottish government intends to take over the Scotrail franchise from next year, and this is a clear case of cutting now to make the new franchise more ‘financially viable’.

It underlines how public ownership under the pro-capitalist SNP will still be run on business terms rather than socialist nationalisation under workers’ control.

It also makes a nonsense of the SNP-Green governmental pledge that they will provide “a realistic and affordable alternative through investing in public transport and active travel”.

Furthermore, the past cooperation between the Greens and the SNP since 2016 on passing cuts through Holyrood, and in councils like Glasgow, should shatter any illusions that this would be any kind of progressive, pro-working class government. Instead, it will be a continued coalition of cuts and attacks on the working class.

The Scottish Tories are opportunistically weighing in to criticise the Green programme for its approach to North Sea oil jobs. But while the continued exploration for new fossil fuel deposits undoubtedly has to stop, the workers on the rigs and related industries must be assured they will not lose their jobs or one penny of their wages.

This can only be done through a socialist transition away from fossil fuels based on public ownership and workers’ control of the energy sector including renewables. This is a policy the Scottish Greens oppose, putting their faith instead in a greenwashing of capitalism and appeals to world leaders at the forthcoming COP26 international climate summit in Glasgow to change tack.

The deal is also an attempt to shield the SNP and cut across the growing criticism from a large section of the Scottish independence movement.

Sturgeon is under real pressure for her snail-like pace and timid approach to fighting for a new referendum – ‘indyref2’. Indeed, the SNP-Scottish Greens agreement pledges that a second referendum would be legislated for only within the next five years.

There is no commitment to build a mass working-class movement to take on Boris Johnson’s continued refusal to grant a ‘section 30 order’ – which gives the Scottish parliament the power to call a referendum.

Both the SNP and Scottish Green leaderships are mortally afraid of taking on and confronting the capitalist class over the right to self-determination. Moreover, both parties support an independent capitalist Scotland rejoining the bosses’ European Union.

The SNP-Scottish Green coalition, in all but name, does not represent a step forward for workers and young people in Scotland. It will fail on rent control and housing, on the climate crisis, on cuts, on the NHS and on social care. Therefore, the need to build a new workers’ party to fight austerity and for a socialist recovery for the working class, is paramount.

Scotland’s trade unions should lead the fight for such a party. Socialist Party Scotland and the Scottish Trade Unionist and Socialist Coalition will be helping to spearhead an anti-cuts electoral challenge to SNP, Labour and Green councillors at next year’s council elections. Scottish TUSC is organising a conference on Saturday 2 October to prepare for these elections.