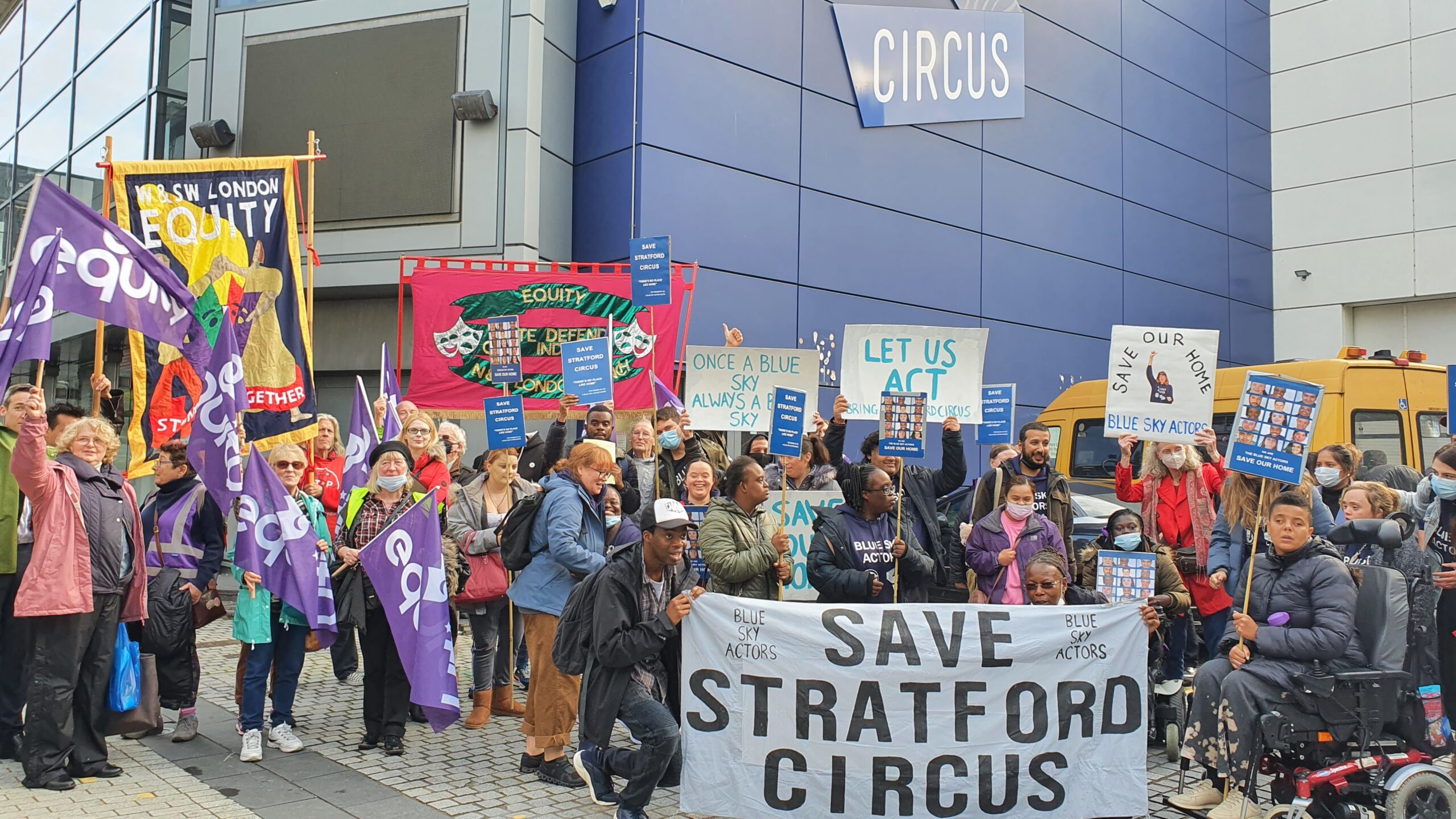 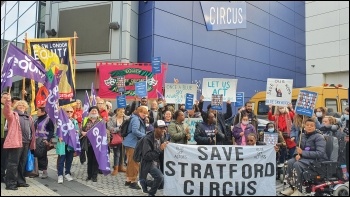 Over 70 trade unionists, arts workers and community campaigners turned out for the second protest in defence of Stratford Circus arts centre on 16 October. The Labour council in Newham, east London, closed Stratford Circus during the pandemic, to reopen it as a ‘youth zone’.

But the council has been cutting youth services for years, and Stratford Circus already ran youth drama. This attack will mean the loss of local arts jobs, and it’s already lost £300,000 a year of existing funding for Stratford Circus from Arts Council England.

The campaign is led by the union for performing arts workers, Equity. Socialist Party member James Ivens is Equity’s branch secretary in north and east London.

The council is feeling the pressure. The tender document now includes some more explicit requirements for professional arts provision, but it doesn’t guarantee full council funding.

Paul Fleming, Equity general secretary, spoke at the protest. Paul and other speakers said, to huge rounds of applause, that Stratford Circus doesn’t belong to the council, it belongs to the community and workers in Newham. There was huge support for Equity’s demand that the council use its enormous reserves to fund arts and youth services, while campaigning for the money from central government.

Local trade union councils in Newham, Waltham Forest and Hackney sent solidarity greetings to the protest. So did the rep at Oaks Park High School, where staff have been on strike against a bullying headteacher (see socialistparty.org.uk). That bullying head is backed by the Labour council in Redbridge.

Several members of Blue Sky Actors expressed their anger and sadness about being forced out of Stratford Circus. This protest was a show of strength and a warning to Newham Council – we will not go away. Equity, Blue Sky Actors, the Socialist Party and the rest of the local community are united and determined to save Stratford Circus.