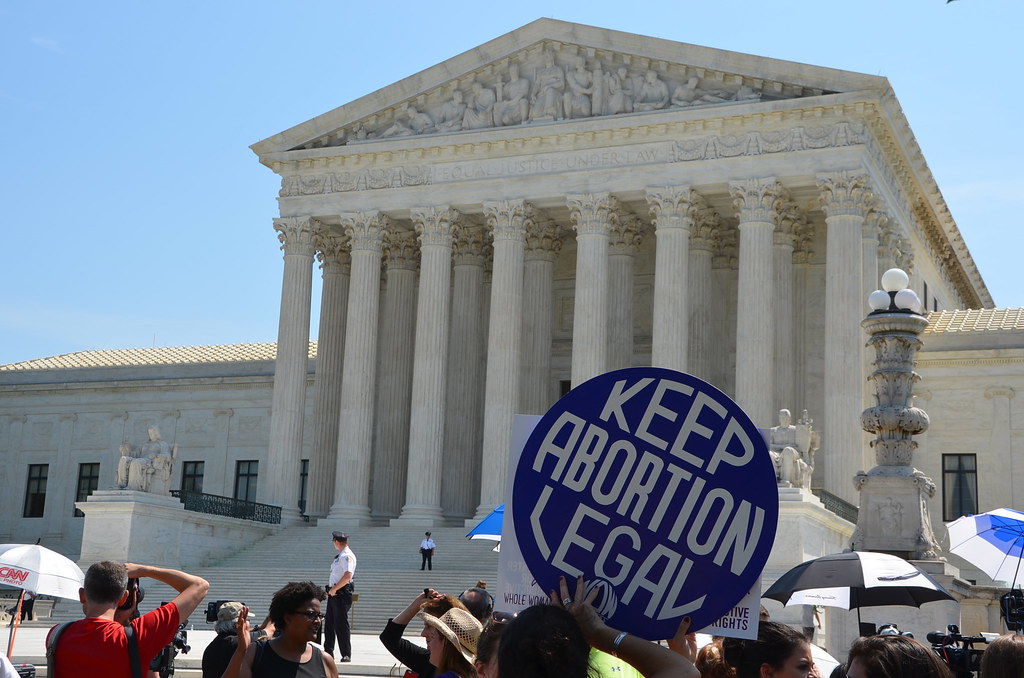 Mass movement needed to defend abortion rights in the US 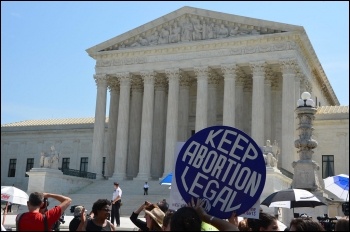 On 1 December the US Supreme Court began hearing arguments about a Mississippi law to ban abortions after 15 weeks, even in the case of rape and incest. The challenge has been filed by the last remaining abortion clinic in the state. A ruling is expected in June.

The Mississippi case differs from other attempts to restrict abortion rights in other states in that the anti-abortion campaigners are also explicitly seeking to overturn the Roe v Wade 1973 Supreme Court judgment, which gave American women the right to have access to abortion. However, the right to choose has never been codified into law, even when the Democrats had a ‘supermajority’ in Congress under Obama, which has left it open to constant attack.

Now the Supreme Court has a 6-3 majority of conservative judges who have already signalled that they are ready to seriously restrict abortion rights. If Roe v Wade is overturned, around half of states are likely to make abortion illegal. Even if Roe is allowed to stand, a ruling in favour of the Mississippi law would be a huge blow to the right to abortion.

Abortion is technically legal in the US, but for an increasing number of women it is not accessible due to cost and lack of facilities. This is particularly the case in the south and Midwest.

Christian evangelical conservatives have sought to remove abortion rights in the US for decades. They were emboldened during the Trump presidency and his appointments of Supreme Court judges. They claim to be ‘pro-life’ but concentrate exclusively on the right of the unborn child and not the lives of women and children who are already born.

States have restricted access to abortion by refusing to license clinics. Missouri refused to license its last remaining clinic in 2020. Targeted Restrictions on Abortion Providers (TRAP) laws have been used to refuse to license clinics and hospital facilities to carry out abortions. The requirements are difficult to meet and are not imposed on any other medical facilities.

On 31 August, Texas passed a law banning abortion once a foetal heartbeat is detected (around six weeks) and encouraging people to sue anyone who they think has aided or abetted an abortion. Many women do not even know that they are pregnant at six weeks.

In October the Biden administration asked a judge to place a temporary block on the law. The state appealed and it was reinstated.

There have been some demonstrations against restrictions on abortion rights, but, unfortunately, organisations campaigning for reproductive rights have concentrated on legal action rather than building a mass movement to defend the right to abortion.

The massive ‘women’s march’ of 2017, when millions were mobilised onto the streets to coincide with Trump’s inauguration as president, was effectively demobilised and derailed by being channelled into electoral support for the Democrats.

Working people were told that electing Biden would be the only way to protect abortion rights, despite Biden voting for the Hyde Amendment, that prevented federal funds being used for abortion provision and supporting a constitutional amendment in 1981, which would have allowed states to overturn Roe v Wade. Abortion rights have been eroded under both Republican and Democrat administrations.

60% of Americans believe abortion should be legal in “all or most” circumstances. A woman’s right to choose when and whether to have children should be a fundamental right.

In Mississippi alone one in three children live in poverty. One third of parents have no full-time year-round employment and the number of lone parent families is the highest in the country. Two-thirds of jobs do not pay enough to afford to rent a two-bedroom apartment.

A campaign that linked defence of abortion to a broader campaign for free healthcare for all, affordable childcare, well-paid jobs, access to housing etc, could have a mass appeal and mobilise millions on the streets.

Roe v Wade itself was won at a time when there was mass struggle by women alongside strikes, mass movements against the Vietnam War and for civil rights, and in the context of revolutionary movements internationally.

Campaign groups need to be built now in every workplace, community, school and college to defend a woman’s right to choose, organising mass protests, demonstrations and strikes. The power of the unions and the labour movement should be mobilised as a central feature of any campaign. Relying on judges or Democrats to do the right thing is not a viable strategy. The maximum pressure has to be brought to bear through a mass movement involving the whole working class.