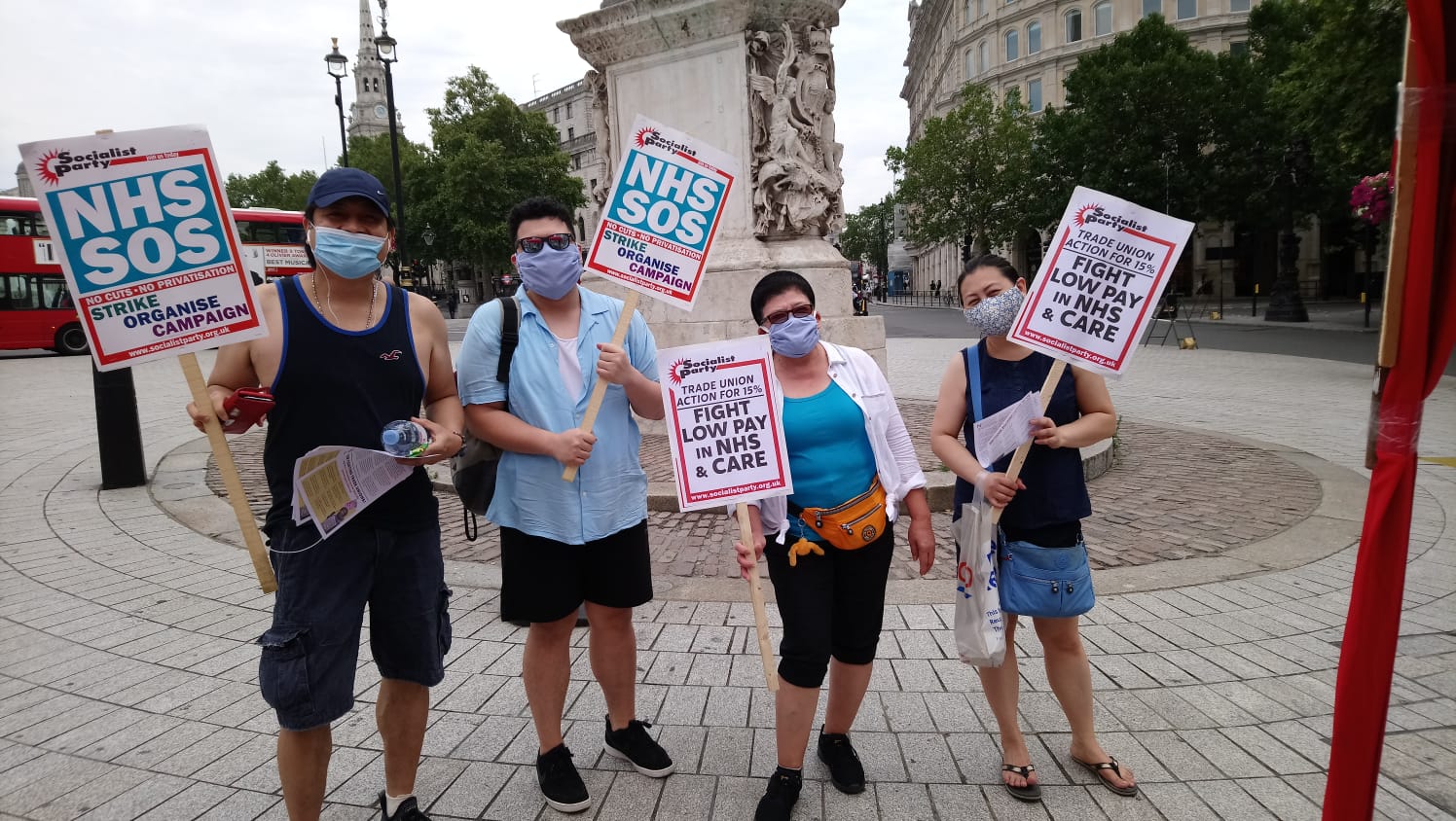 Kick out the profiteers 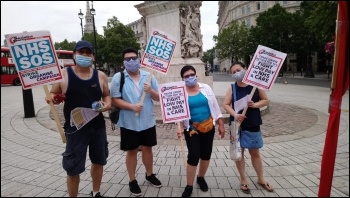 Despite already losing 610 NHS beds in Devon, there are plans to cut even more.

A total of £430 million more cuts are planned and being pushed through despite the pandemic and ever-growing waiting lists. But we have nothing left to cut!

Early discharges due to lack of beds have a further impact on the crisis. Patients are readmitted time and time again.

The decades-long dismantling, selling off and privatising of our National Health Service is having its effects on families like my own.

My son was booked in to have an operation to remove his spleen in November 2020. It was then cancelled, rearranged, and cancelled again.

To date, he has still not had the operation. He told me he feels like he is “a walking, ticking time bomb”.

A simple wart on the hand of my 13-year-old granddaughter has proved to be an 18-month-long unresolved issue too. After various over-the-counter treatments were tried, our GP advised that removal is no longer done on the NHS.

Time passed, the warts spread and grew. Now her hand is becoming deformed with nine warts in total. Even the local private provider is not licensed to carry out the procedure.

Our town, Dartmouth, has lost all our publicly provided hospital services, including beds. 28 ambulances queueing at our nearest main hospital in Torquay is our new normal. Patients are dying in them without ever entering the hospital building.

Another example of private provision in no way matching up to the National Health Service is the recent shocking death of an eight-week-old baby boy. After two contacts with the privatised 111 service, and twice being discharged from hospital despite breathing issues, the child’s mother found him unresponsive in his crib the day after he was sent home.

Now the Omicron Covid variant is adding extra pressure to the NHS. All this cannot be allowed to go on.

That’s why the NHS workers fight for a pay rise needs to be supported (see page 5). A fully funded pay rise would be a first step towards solving chronic understaffing. A mass campaign of NHS workers, patients and the wider trade union movement for a huge investment in a publicly funded NHS is what is needed to keep us all safe.