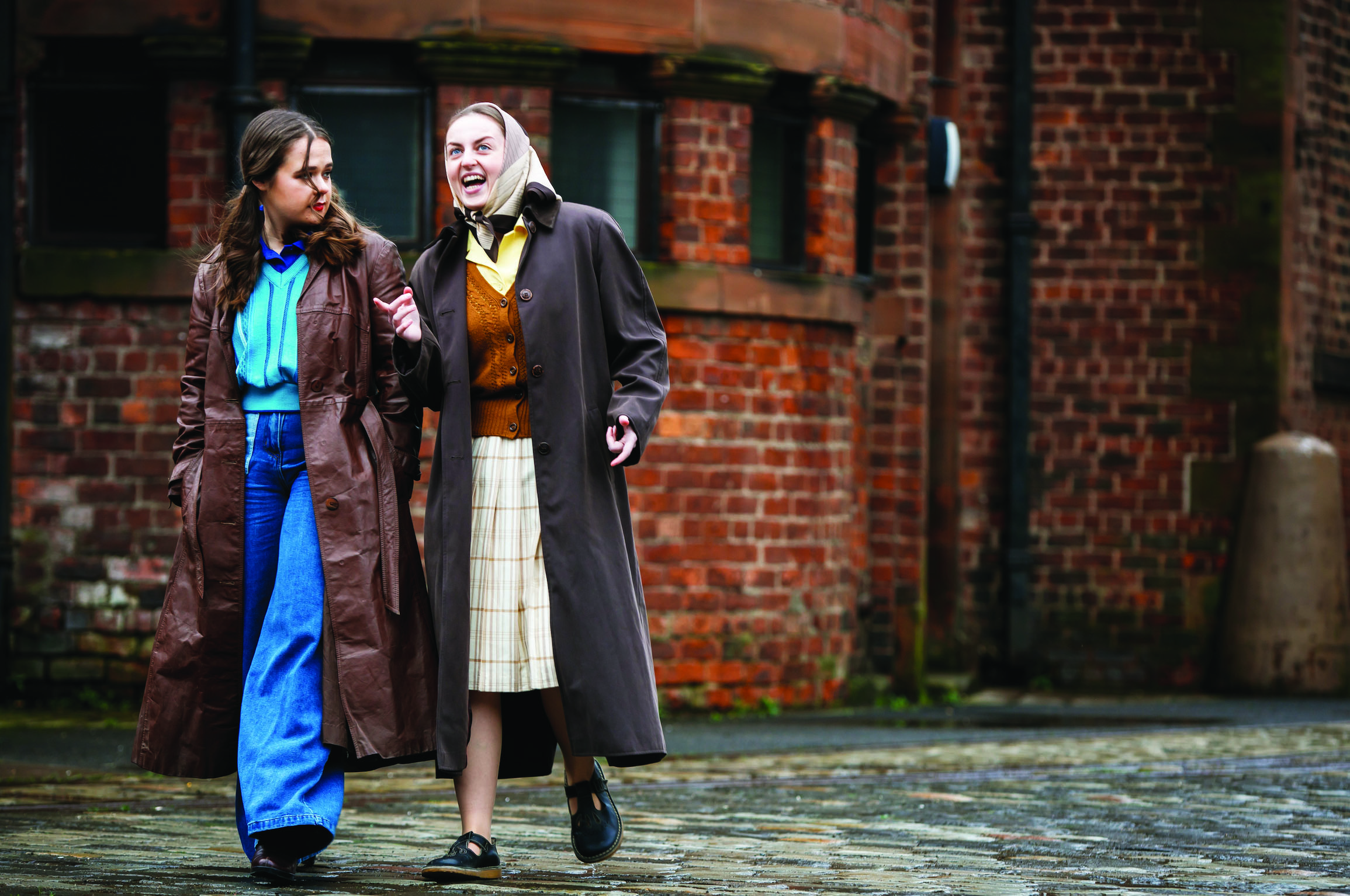 Interview: Telling the story of the 1971 Upper Clyde Shipbuilders work-in 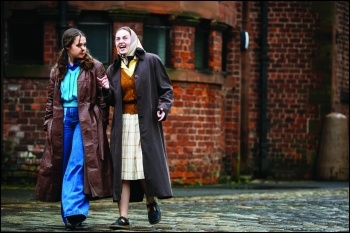 In June 1971, the privately owned shipyards of Upper Clyde Shipbuilders collapsed into receivership. But instead of accepting redundancy, the large workforce occupied the affected sites and began its famous ‘work-in’. Socialist Party member Neil Gore, part of socialist theatre company Townsend Productions, spoke to Ian Pattison about how the inspiring story was turned into their latest play.

Tell us about the new play

The play is ‘Yes Yes UCS’. It’s the story of the Upper Clyde Shipbuilders (UCS) work-in. UCS was a consortium, an amalgamation of five shipyards in Glasgow, to try and make them ‘functional’, ‘affordable’ and ‘economic’. It worked up to a point. It was done by the Labour government in 1968 involving Tony Benn, then a minister.

Shipbuilding was such a critical part of the economy of Glasgow and the west of Scotland. It wasn’t just the shipyards. It was all the other business around as well, like steelmaking, toolmaking, machine-making companies. All the things that serviced that industry. It was a huge thing for the economy of the whole of that area. The Labour government had committed quite a lot of money to it. Then the Tories got in in 1970 under Ted Heath. And they decided it was time for change. The key words that they used for industries that weren’t making money.

They decided to get rid of them. And one of these was UCS consortium, which they considered to be a lame duck. They were going to ‘streamline’ it. That meant closing down some of the yards, bringing an end to shipbuilding in John Brown’s Clydebank. Bringing an end to shipbuilding at the Govan site and others. It was going to be devastating. Thousands and thousands of jobs gone: in an instant. In an area where there was already 10% unemployment in the male population.

It was a very dodgy decision. It came with all the usual promises. ‘You’ll be alright, we’ll put in new industries, we’ll reinvigorate the economy somehow.’ All those empty promises.

But the shop stewards at the yards were pretty well-organised. They got together and said we’re not having that. Decisions had to be made pretty quickly. They decided against strike action as they thought that the gates would be shut and everybody locked out anyway. Then somebody thought, what about a work-in? Actually, working-in and finishing off. Because they had orders on the order book. There was work to be done and finished. Why don’t we just finish the jobs? That way we can get public opinion on our side. People will go: ‘Look how hard they’re working to maintain the businesses and keep it going’.

The liquidator went in and made redundancies, but as soon as people were made redundant, they were re-employed by the work-in. They said we’re going to stick with this, there will be no redundancies and we’re fighting for all four yards. They maintained that all the way through for the 18 months of the work-in. There were various organising committees that looked after publicity, public connections, media, that sort of thing. They were constantly making sure that their position was very clear. That it wasn’t going to be misinterpreted by anybody, certainly not the press.

Everybody paid in a levy so that anybody that was made redundant was paid. A fundraising committee was set up and they got funds from the Soviet Union, shipyards in the Netherlands, Sweden, from the trade unions. They had connections with all the shop stewards of all the trade unions.

You had characters like Jimmy Reid. He was really the spokesperson. Everybody recognised him. And Jimmy Airlie, another brilliant speaker and organiser. And of course it was a success. Economics don’t run people, people run economics. That was the clear message. ‘We’re gonna fight this and we’re gonna fight it hard and win.’

John Brown’s yard was saved and taken over by an American company called Marathon who built oil rigs. They saved all those jobs. And they saved shipbuilding at least for some time on the Clyde. The yard at Govan that the Tories had earmarked for closure is still there now run by BAE systems. They build nothing but warships but it’s work isn’t it? We paid a visit and it’s amazing to see it.

How did you turn the work-in into a play?

In our usual style. We have a bit of acting, a bit of singing. We have songs. We pick songs from the period and reinvent that atmosphere as much as we can. Using theatrical devices including projection and song and so forth. That’s what we’ve aimed to do. The songs are pretty much from that time.

There’s plenty of cultural stuff around UCS. Loads of great songs and plays. Billy Connolly’s play, the Great Welly Boot Show, which came out a year after UCS. It has a Welly Boot factory that has a work-in and became a very popular thing culturally. There are all sorts of things, all around UCS. It was a rich cultural time so rich pickings for the show.

We’re very small-scale in terms of what we do. We’ve got two actors performing this whole thing and it’s an epic story. I’m not acting in it because what we’ve chosen to do is tell this story from the point of view of two women.

There weren’t many women workers in the shipyards but there were a few jobs and tasks run exclusively by women. We’ve chosen to focus on their activities and tell the story through these two women who come together in the yard. This allowed us to focus on the community too.

How did the play come together?

We started this project three years ago but Covid has held it back. We started by interviewing ex-shipyard workers from the Clyde, from Belfast, from Sunderland. We gathered loads of information, discussions, and interviews about the effect of the closure of a big industry on an economy, the local area, local people. So the women in the play represent that connection between the effect of the closure on the community and the campaign to save those shipyards. These women are really the backbone of that community.

We start the play by going back in time. How did the shipyards appear? Red Clydeside. The rent strikes in the 1920s, organised by women. We wanted to touch upon that all of that.

The two women are young. Aggie is new to the shipyards and gets a little job there but then finds it’s just about to close so ends up getting involved in the work-in. And it rubs off on her. She becomes very politically active, becomes a shop steward. And the other character is Eddy. Her family have been working on the shipyards for generations. She wants to be an artist. The outcome on her is it gives her an outlet for her artwork. And it inspires her to go on and do other things beyond the shipyard.

What lessons are there for today?

It’s about workers’ control and it had a massive impact. Workers thought, ‘we’re in control now’. Productivity went up and people were happier in their work. When they took over and went into the offices of management they found thirteen ships on the order books, millions of pounds worth of orders which the government was prepared to just throw in the bin.

So workers were furious at these ‘industrial cavemen’, as Jimmy Reid called them, coming along and closing down yards and cutting jobs. But the government wanted to smash the trade unions in major industries. It’s rich in lessons and shows the atmosphere of the campaign and work-in. The camaraderie and how the campaign impacts on the workers and their families and their futures. Hopefully it’s inspiring and we capture the atmosphere and the fight to save those jobs.