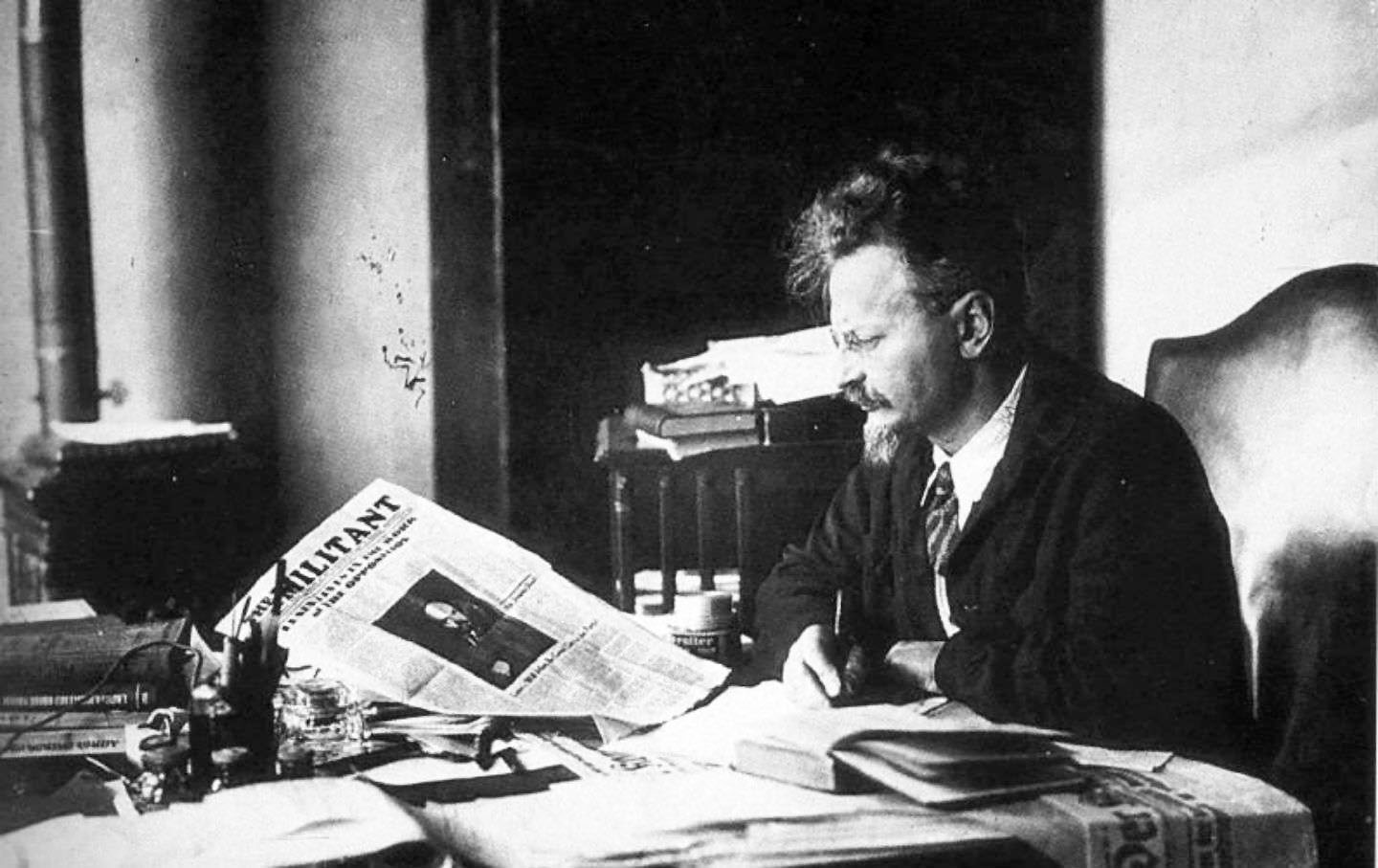 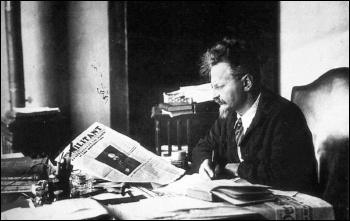 In the first of a series on Marxist classics, Nick Hart reviews ‘An introduction to the Logic of Marxism’ by George Novack.

In ‘The Logic of Marxism’, George Novack attempts to answer this question often posed by philosophers, scientists and small children alike. This short book is based on a series of talks delivered in 1942 to worker activists in the Socialist Workers Party (SWP) in America (not to be confused with the present-day British organisation of the same name).

At the time, the SWP was a leading section of the Fourth International. This followed the Third International, a global organisation of communist parties which grew rapidly during the turbulent period of the 1920s as workers were inspired by the example of the October 1917 Russian Revolution.

Despite this, the leadership of the Third International, which after Lenin’s death in 1924 increasingly came under the control of Stalin and his bureaucratic clique, passed up multiple revolutionary opportunities, which helped lead to the rise of fascism and World War Two.

Therefore, the Russian revolutionary socialist Leon Trotsky (who was expelled from Russia and the Communist Party by Stalin) and his supporters, including the SWP, set up the Left Opposition and then the Fourth International to resist the turn of the USSR away from a democratically run workers’ state during the 1920s and 30s, and to reorient the workers’ movement internationally to the socialist revolution.

Then as now, it was a time of sharp turns in the political and economic situation, old certainties collapsing and things seemingly being transformed into their opposite.

Like today, it was necessary for revolutionaries to understand not only what was happening and why, but what direction political groups, classes and society as a whole were heading, so as not to be caught by surprise by apparently sudden turns in events.

The Logic of Marxism was written to aid this by summarising the philosophical discoveries of Marx and Engels in an accessible form, with examples given based on the political struggles of the time.

Novack begins by explaining how the Ancient Greek philosopher Aristotle developed the system of formal logic. Put simply, these laws of identity state that each thing, be it object, living being or concept, is entirely itself, and is not and cannot be what it isn’t.

Clearly this approach has practical uses in telling apart one thing from another. A hammer is not a screwdriver, up is not down, and a capitalist is not a worker.

But while formal logic can tell us what something is and is not at any given moment in time, what it can’t describe is how it came to be the way it is, what it will be in the future, and the internal and external forces leading to these changes.

In the late 18th century these limitations of formal logic were taken up by the German philosopher Georg Hegel.

As Novack describes, this took place against the backdrop of the French and American revolutions, where “the whole of civilised society was racked by contradictory forces and turned upside down. These colossal, catastrophic conflicts impressed themselves upon minds and turned them upside down too.”

Hegel reformulated the system of logic and thinking known as ‘dialectics’. This holds that rather than each thing having a permanent “identity” within a definite category, objects, organisms or social groupings can contain multiple contradictory characteristics, and over time transform into something else – even their opposite. And all things that come into being will eventually cease to exist.

As Novack comments, “nothing is permanent. Reality is never resting, ever changeable, always in flux.” He gives the example of how a seed can grow into a tree which bears flowers and fruit which in turn contains more seeds. All of these are distinct and different things, but all contain elements of each other.

In the same way, an economic boom in capitalism can store up problems which lead to a slump, a period of seeming political stability can lay the basis for revolution, and a former workers’ party can become a party of big business.

At the time, this system of dialectics was revolutionary. Taken to its logical conclusion, it challenged the prevailing ideas that the world is, and always has been, as God created it, and that there will always be rich and poor as part of the natural order of things. No wonder that Marx and Engels found these ideas energising, with both of them participating in meetings of the Young Hegelians while students.

However, as the book goes on to explain, the main flaw in Hegel’s dialectics was that he believed that it was ideas that dictate the world around us, and that the motor force behind changes in human society is a combination of “world-spirit”, “national-spirit” and “the spirit of the times”. But this is clearly back to front.

A seed grows into a plant not because it is inherently destined to, but because of the sun and rain acting upon it. The early capitalist class didn’t set out to overturn the previous system of feudalism, but found that capitalist methods of production represented the best way for them to enrich themselves.

Marx and Engels’ great philosophical breakthrough was to take Hegel’s dialectical method and to make it materialist.

Engels summed it up: “Human beings must first of all eat, drink, shelter and clothe themselves before they can turn their attention to politics, science, art and religion.” In other words, all ideas flow from material reality, and not the other way round.

Giving the example of a car worker who gets drawn into struggle against his bosses’ attempts to attack pay and conditions, Novack shows how it is experience of reality and conditions of day-to-day living that exert the greatest influence on people’s view of the world.

Formal logic will tell us that something is either true, or false. But dialectics helps us to see how a false idea can grow from a grain of truth.

Religion, for example, partly grew out of a need to explain the changing of the seasons and to organise ancient society. And today’s conspiracy theorists offer ready-made and made-up explanations for the problems faced by ordinary people, while only scratching the surface of the real economic and class interests that govern capitalist society.

Similarly, liberals and conservatives alike raise ‘common sense’ to the level of a science standing above society and governing human relations for all of time.

But what is considered ‘common sense’ varies from one era to the next, and one class to the next. A pay cut will appear logical to the boss trying to protect their bottom line, but less so to the worker expected to do the same amount of work for less money!

Most importantly of all, Novack explains how the Marxist form of ‘scientific socialism’ isn’t just an abstract idea based on what is morally right, but grew out of the economic reality of capitalism itself. If capitalism can create a working class which is vital to production and the running of society, and are concentrated together in factories and chains of production, then it follows that this same working class would do a better job of managing production and society than the capitalists who leech off them.

But although societal changes and revolutions will have a basis in the already existing social and economic state of society, the passing over from capitalism to socialism won’t be inevitable. “As Marx and Engels pointed out, ideas become forces when the masses accept them”.

The role of a Marxist party is to take the method of dialectical materialism developed over centuries, and use the understanding it gives us of the world we live in to build a movement that can change it.

As Novack puts it at the book’s conclusion: “The abolition of capitalism through the triumph of socialism will be the final vindication of the logic of Marxism. The task of revolutionary socialists is to realise this in life.”

The Logic of Marxism by George Novack

Also, In Defence of Marxism by Leon Trotsky

A robust defence of Marxist philosophy during a factional fight within the US section of the Fourth International in 1939-40.