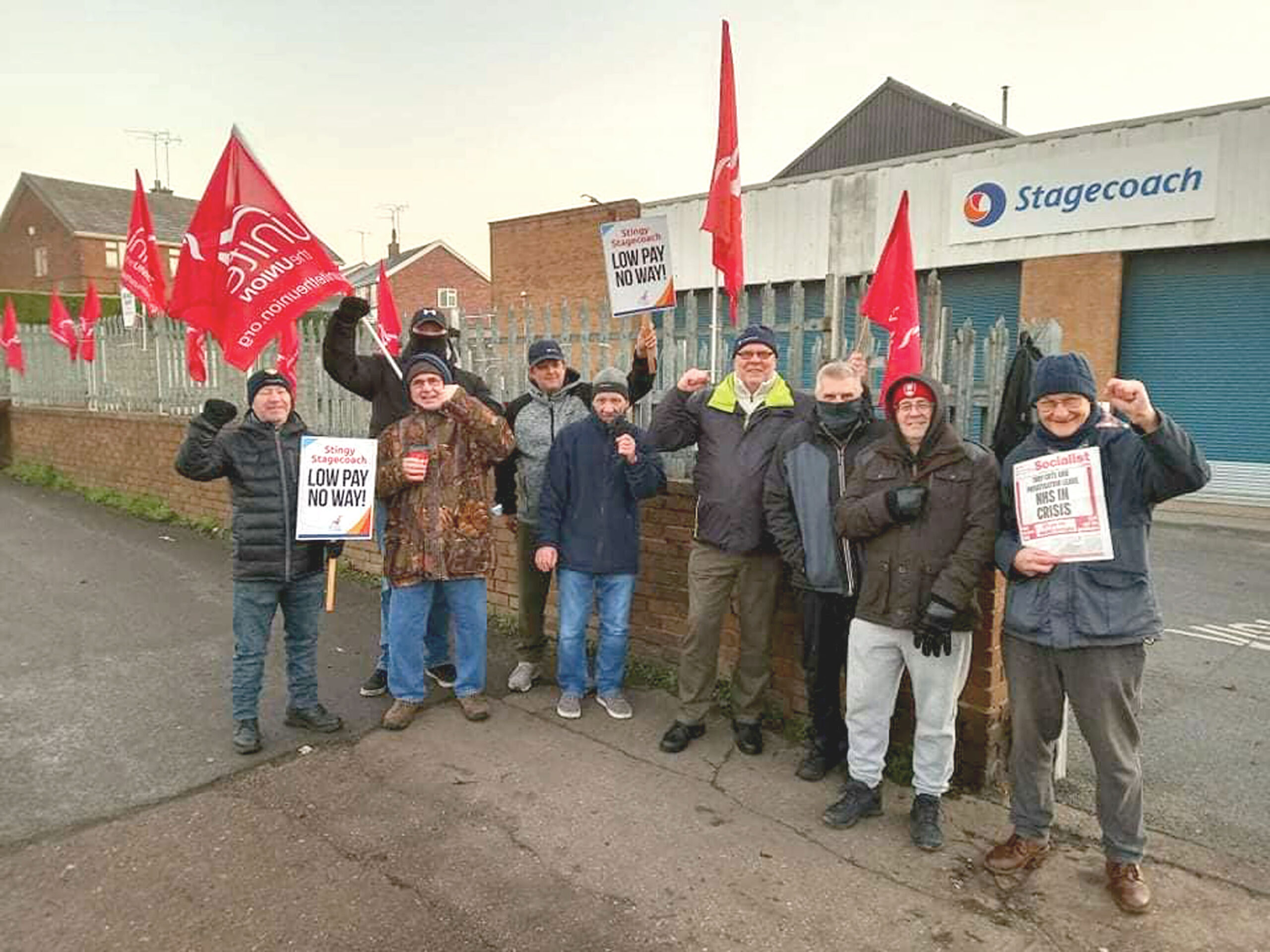 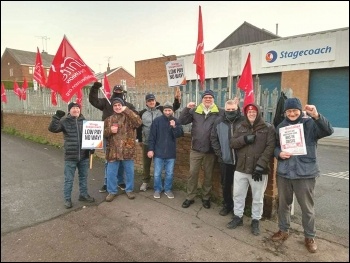 After three-and-a-half weeks of strike action, 560 Stagecoach bus workers across South Yorkshire have voted to accept what their Unite trade union has described as a “huge pay win” of over a £1-an-hour increase, amounting to a 10.7% rise.

In May last year, Stagecoach management offered a derisory 1%. They didn’t think that the drivers would strike. The Sheffield depots had never been on strike before. But inflation, labour shortages, and the example of other bus worker victories spurred the South Yorkshire workers into action. The strike was solid from day one, and more workers joined the union and the strike as it progressed. The pickets at all four depots were very big, and there was overwhelming public support.

Workers’ confidence was expressed in strikers’ comments like: “We’ve got them by the bollocks”, and “we’re in charge now”. This victory has strengthened the union and undoubtedly been a factor in the other bus company in South Yorkshire, First, now offering a wage rise to £12 an hour without any strings in a one-year deal. This comes after the union branch there finally decided to hold an industrial action ballot after members had four times voted down attacks on terms and conditions.