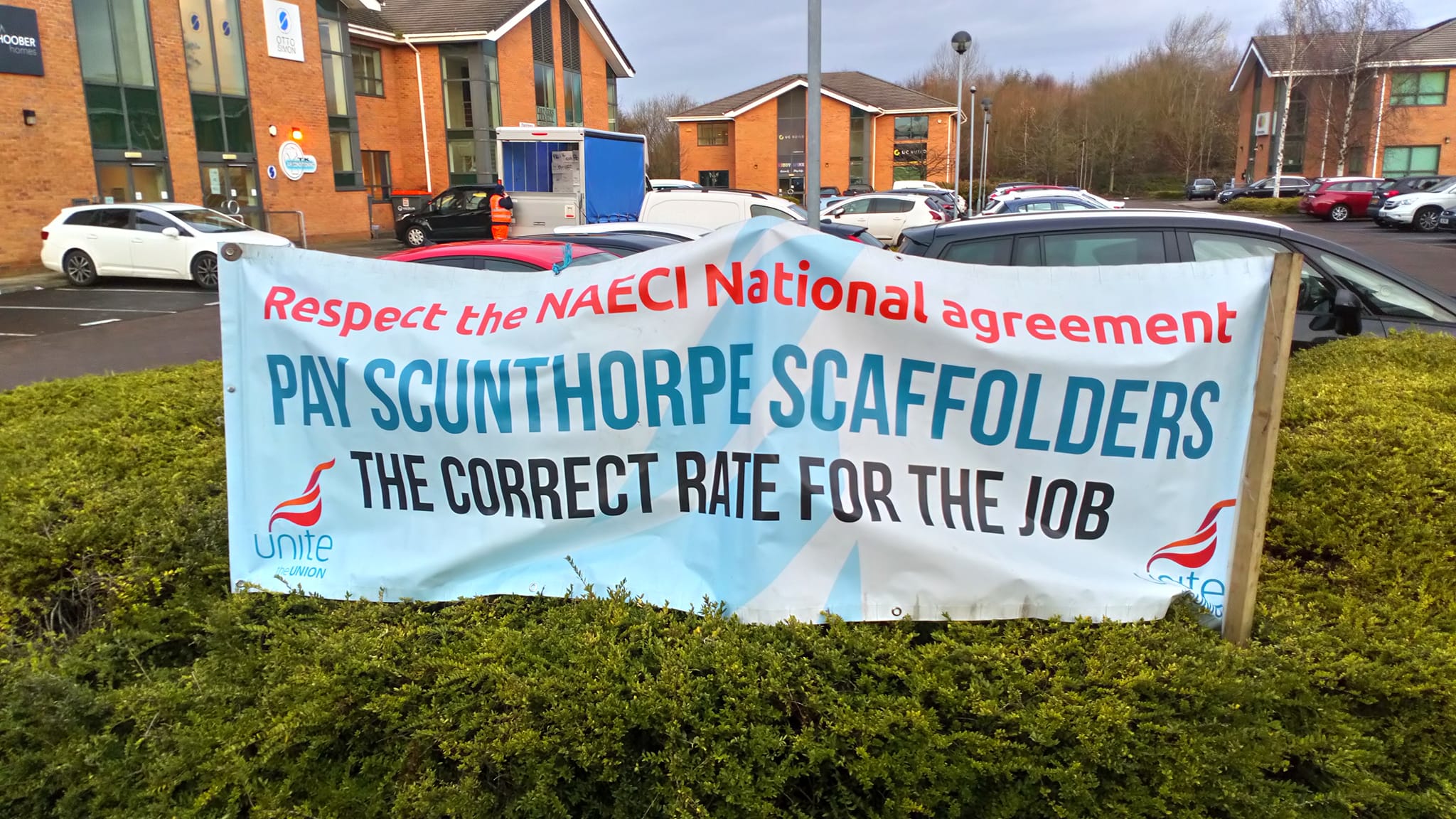 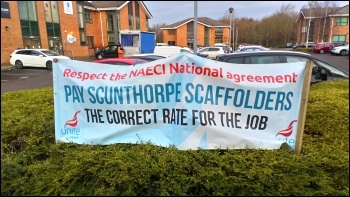 The 61 scaffolders employed by contractor Actavo, working on the British Steel works at Scunthorpe, will resume indefinite strike action on 26 January. After 12 weeks on strike before Christmas, the Unite union members voted by 83% in their reballot to hit the gate again.

They are striking to be paid the national industry (NAECI) rate for the job which is 10-15% more than they get now. Since Unite general secretary Sharon Graham supported the picket line on 1 December, there have been barricades on the picket line, a 14,000-signature online petition taken to Actavo HQ, an exchange of solidarity visits with Danish scaffs, and an intensification of the leverage campaign, reaching as far as Ireland.

Unite is demanding talks with Actavo and the client, British Steel (who employ hundreds of other workers on-site at below NAECI rates). But if they continue to refuse to pay the rate, then the pickets and leverage campaign will be stepped up. Unite has called protests at four Actavo sites in England, Wales, Scotland and Ireland on 24 January even before the strike resumes.

There is huge support among engineering construction workers for the scaffs, as the bosses have been trying to undermine the national agreement for years. That needs to be mobilised through solidarity pickets and more pressure put on Unite reps and members inside the British Steel plant to stand with the striking scaffs.