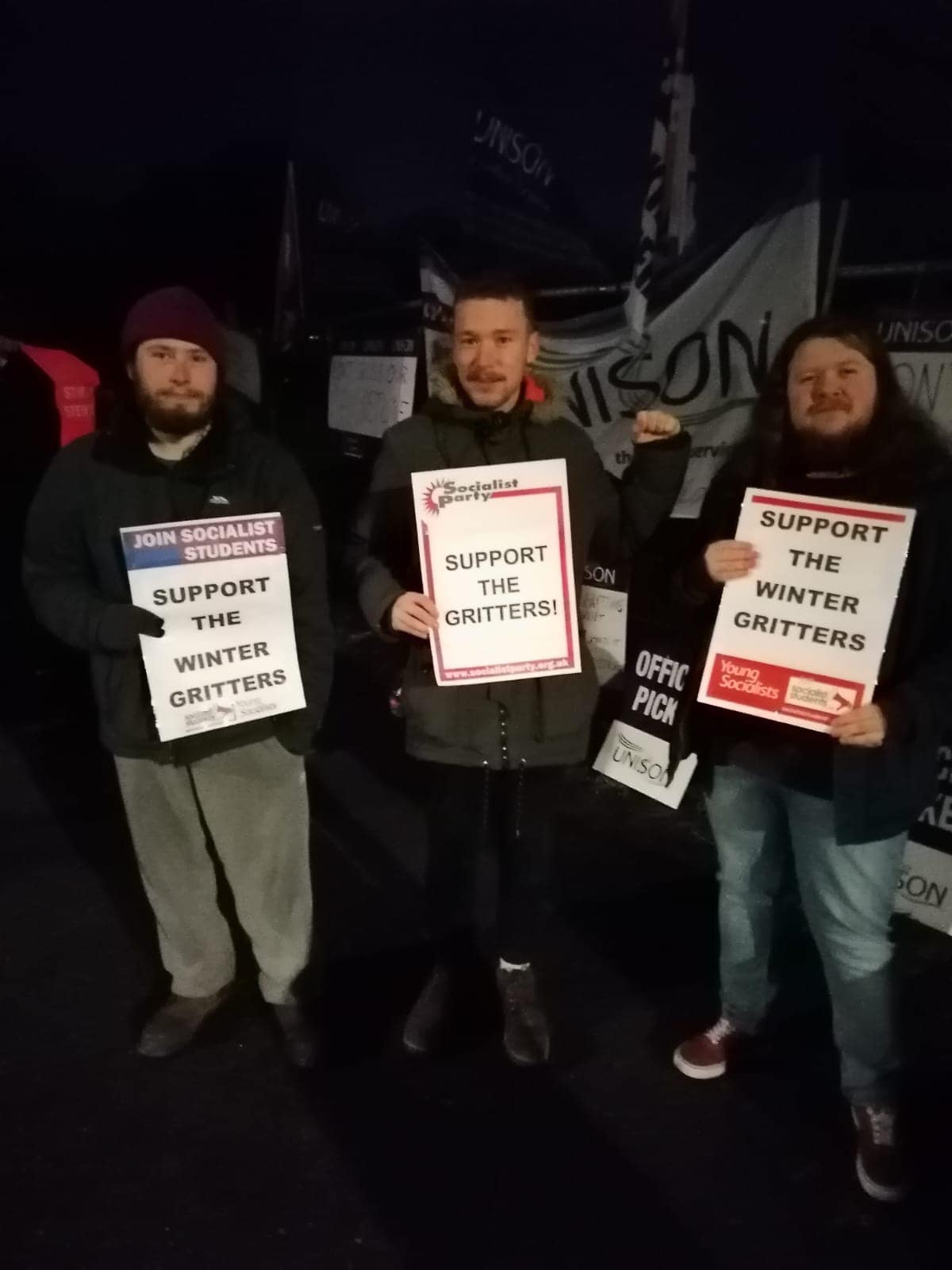 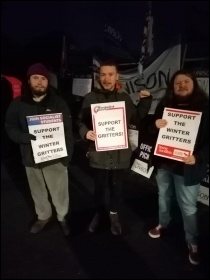 Winter gritters working for Carmarthenshire County Council have won big concessions from the council which will now have to adhere to an agreement to pay decent shift allowances that it has been trying to cut back.

Members of GMB, Unison and Unite unions have taken three nights of strike action and operated nine picket lines in a dispute caused by the council’s refusal to adhere to a two-year old agreement. Clearly, the council realised it could not maintain a winter gritting service without the workers, so has been forced to concede. A Unison spokesperson said: “It will not be lost on those involved that three nights of action achieved far more than two years of negotiations.”

The council offer, which will be taken back to the members to vote on, is to pay the gritters £25 per shift (an increase of £8) if they are retained for winter gritting on a weekday. On the weekend, when a shift is longer, the employer will pay £40 per shift. On top of this, workers will get the agreed overtime rate.

The dispute was also a model of how three unions could work in partnership to take coordinated action that forced an intransigent employer to back down.

The well-supported picket lines clearly had an impact on the council. Unison Carmarthenshire said: “While it was the action of members that forced the council to concede to our demands in the main, the good turnout on the picket lines was also a crucial factor. We would like to thank other members, Swansea Trades Council (to whom our branch is affiliated), Rob James, Labour opposition group leader of Carmarthenshire County Council, and Socialist Students and Socialist Party members for showing solidarity and support by attending our picket lines.”

Unison also criticised Hazel Evans, the Plaid council cabinet member for environmental services, who attacked the unions in the press but refused to meet union representatives to resolve the dispute.